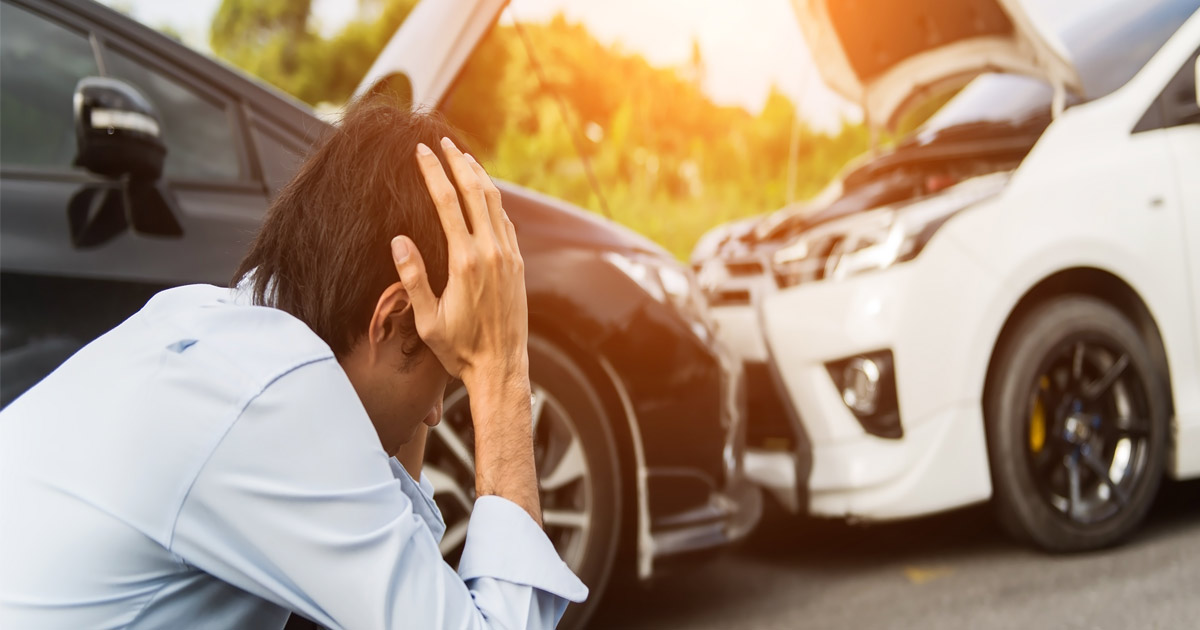 It is imperative that Philadelphia drivers understand the dangers and causes of wrong-way accidents, as well as what to do if they are injured. Wrong-way driving accounts for only a small percentage of car accidents; however, they are more likely to be fatal or result in serious injuries. The United States Department of Transportation (DOT) reports that 300 to 400 people are killed each year in wrong-way accidents. These accidents are typically preventable and occur because of drunk driving or other negligent behaviors.

While wrong-way accidents only account for approximately one percent of the total number of annual traffic fatalities in the U.S., they tend to be more severe than other types of crashes because they typically involve head-on collisions or sideswipes at high speeds. According to a National Transportation Safety Board (NSTB) special investigation, most wrong-way accidents occur:

According to the NTSB report, while the majority of wrong-way drivers were between 20 and 50 years old, elderly drivers were especially susceptible to these accidents. Therefore, dementia and other consequences of aging, such as medical conditions or a decline in functional abilities, may be to blame among this age group. Other common causes of wrong-way accidents include the following:

Drunk Driving: Drunk driving is the primary cause of wrong-way accidents, according to the NTSB. Out of nine drivers covered in the NTSB special investigation report, seven had a blood alcohol content (BAC) level of 0.15 or higher. Also, 59 percent of 1,150 wrong-way drivers involved in fatal collisions had BAC levels of 0.15 or higher. Alcohol reduces the ability to process information and react quickly. The risk of a crash increases exponentially at a BAC level of 0.08, according to the National Highway Traffic Safety Administration (NHTSA).

Drowsy Driving: The NHTSA reports that in 2017, 795 people were killed in drowsy driving accidents. However, this number may only represent a portion of accidents caused by drowsy driving, as this type of accident is underreported. Like wrong-way accidents, driver fatigue mostly occurs at night, most frequently between midnight and 6:00 a.m. Being fatigued can have similar effects on the body as drinking alcohol, such as slowed reaction time, memory impairment, and decreased ability to process information. Therefore, drowsy drivers may not notice that they are traveling the wrong way until it is too late.

Distracted Driving: Distracted driving, another underreported cause of wrong-way accidents, claimed 2,841 lives in 2018, according to the NHTSA. Drivers may be distracted by text messages, emails, apps, navigation systems, radios, and passengers. In Pennsylvania, it is illegal to send texts or emails while driving; those who do so may be charged with a $50 fine. While it is acceptable to make phone calls, drivers should use a hands-free device and pull over whenever possible.

Adverse Weather Conditions: Heavy rain, fog, or other poor weather conditions may reduce visibility, making it difficult for drivers to see signage. The DOT reports that approximately 21 percent of the more than 5.8 million vehicle crashes that occur each year are attributable to hazardous weather. When it is foggy, drivers may not be able to see signs and pavement markings that would prevent them from going the wrong way. Inadequate lighting on the road can also contribute to weather-related car accidents, especially since they are most prevalent at night.

Confusing Signage or Unfamiliar Roads: Another common cause of wrong-way accidents is unclear signage, which is especially dangerous for drivers who are unfamiliar with the area. The Manual on Uniform Traffic Control Devices (MUTCD) requires that exit ramps intersecting with crossroads be equipped with three signs, including One Way, Do Not Enter, and Wrong Way signs. When these signs are not there or they are not visible, it can lead to wrong-way crashes. Therefore, lighting is another important consideration when it comes to signage; at night, signs should be retroreflective or illuminated.

What Injuries Occur in Wrong-Way Accidents?

Although wrong-way accidents are far from the most common type of car accident, they are among the most catastrophic and result in fatal and serious injuries. According to the NTSB report, approximately 82 percent of wrong-way accidents on controlled-access highways are head-on events, typically with one or both vehicles traveling at highway speeds. Common injuries resulting from wrong-way accidents include:

Traumatic Brain Injuries (TBIs): The Centers for Disease Control and Prevention (CDC) reports that about 150 people in the U.S. die from TBI-related injuries each day. A TBI is caused by a blow to the head or a penetrating head injury, which can occur in a motor vehicle crash, such as a wrong-way accident. Mild TBIs may result in temporary headaches, fatigue, or concentration problems. More severe forms of TBIs can cause seizures, brain death, loss of sensory perception, or paralysis.

Spinal Trauma: According to the National Spinal Cord Injury Statistical Center (NSCISC), vehicle crashes are the leading cause of injuries to the spine, accounting for 38.6 percent of all spinal injuries. Spinal cord injuries may result in varying degrees of paralysis, including monoplegia, hemiplegia, paraplegia, and quadriplegia.

Broken Bones: Car accident victims may suffer broken bones or fractures as a result of wrong-way accidents. Common injuries include rib, arm, back, hip, and skull fractures. While they are not life-threatening, broken bones may require surgery and intensive physical therapy.

Those who are injured in wrong-way accidents may be entitled to compensation for their injuries. In Pennsylvania, injured drivers may recover both economic damages, including medical bills, lost income, and reduced earning capacity; and non-economic damages, such as pain and suffering. However, only drivers who opt for full tort car insurance coverage may seek comprehensive damages from the at-fault driver. Those with limited tort insurance may only recover economic damages from their own insurance company, regardless of fault. Those with limited tort may not be able to sue at-fault drivers unless they suffered serious injuries.

Pennsylvania also follows the modified comparative negligence standard, meaning that a driver injured in a wrong-way accident may only recover damages if they were 50 percent or less at-fault. This means that a victim who is no more than 50 percent to blame will receive a damage award that is reduced in proportion to their degree of fault. For example, a claimant who would have received a $10,000 award, but is determined to be 10 percent at-fault would only receive $9,000. A claimant who is more than 50 percent to blame for the accident is barred from recovery.

The statute of limitations for personal injury claims in Pennsylvania is two years, therefore it is advisable for those who are injured in wrong-way accidents to seek legal counsel as soon as possible. Families of those who were killed in wrong-way accidents should also seek legal advice as they may be entitled to wrongful death damages, including compensation for the loss of future earnings, medical expenses, pain and suffering, and funeral or burial expenses.

If you were injured or lost a loved one in a wrong-way accident, contact one of our skilled Philadelphia car accident lawyers at McCann Dillon Jaffe & Lamb, LLC. We will fight to hold negligent parties responsible for wrong-way accidents. Complete our online form or call us at 215-569-8488 for a free consultation. Located in Philadelphia, Abington, and Media, Pennsylvania; Wilmington, Delaware; and Haddonfield, New Jersey, we serve clients throughout the surrounding areas.