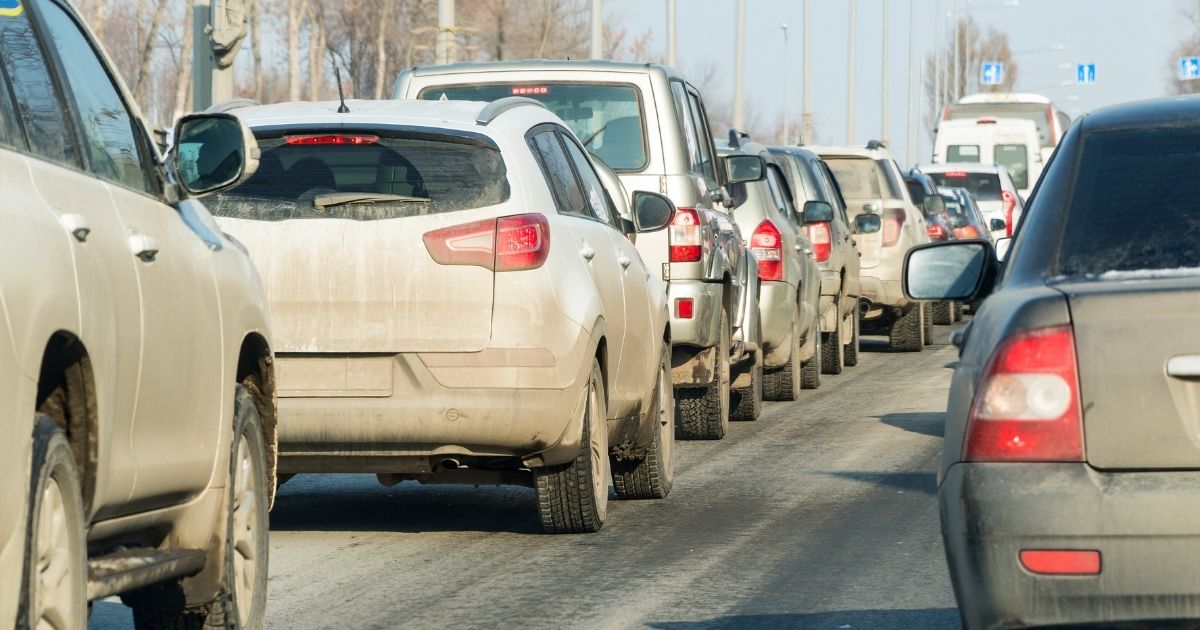 Government agencies and other interested groups such as the Insurance Research Council compile car accident statistics on an ongoing basis. They look for trends that can be instructive, and when the underlying causes for accidents are identified, they can educate the public.

Lawyers experienced in personal injury cases monitor this data as well, and an interesting phenomenon has emerged with regard to traffic patterns during the Coronavirus (COVID-19) pandemic.

Did the Pandemic Impact Traffic Patterns?

Shelter in place orders were issued all around the United States during portions of 2020, and many companies were forced to transition to remote work. The National Council on Compensation Insurance (NCCI) has conducted an in-depth study that charts the remote work trajectory.

Prior to the onset of the COVID-19 pandemic, just six percent of American employees were telecommuters. In May 2020, just a few months after the restrictions were put into place, almost 50 million people stated that they were forced to work from home because of the pandemic.

This equates to 35 percent of the workers the United States. Clearly, there were far fewer people on the roadways commuting to and from work last year.

The United States Census Bureau tells us that almost 93 percent of families with children stated that they had engaged in distance-learning activities. This would add to a change in traffic patterns, and you can factor in a dramatic decrease in shopping and social activities.

Were There Fewer Fatal Car Accidents during the Pandemic?

It would be logical to assume that there were significantly fewer fatal motor vehicle accidents because of the change in the traffic pattern, but the statistics tell a different tale.

In May of 2021, the National Highway Traffic Safety Administration (NHTSA) published an estimate of the fatal traffic accidents that occurred in 2020. They found that there were 38,680 fatalities last year, and in 2019, there were 36,096 fatal accidents.

The 2020 fatality figure is the highest that has been recorded in the United States since 2007.

The study also found that there was a 430-billion-mile reduction in miles driven. This equates to a decrease of over 13 percent, but the roadways were more dangerous than ever.

What Caused the Increase in Motor Vehicle Fatalities in 2020?

A revised data examination was released by the NHTSA in June 2021, and it provides more specifics that can be used to gain an understanding of the reasons for the increase.

Significantly more drivers between the ages of 16 and 44 died in fatal accidents, and single-vehicle incidents rose by nine percent.

No one can say with certainty exactly why these figures went up, but many drivers may have let their guard down because there was less traffic. Some people probably assumed that police officers would be less likely to pull people over to avoid social contact.

The pandemic certainly caused a great deal of stress, and this could have played a role as well. Road rage is very common, and some type of aggressive driving is a factor in the majority of fatal accidents.

A study that was published by the International Journal of Environmental Research and Public Health late in 2020 focused on alcohol consumption during the pandemic.

It found that 60 percent of respondents drank more during the pandemic, and over a third had engaged in binge drinking. This is another contributing factor that would explain the increase in fatal accidents that involved the use of alcohol.

Pennsylvania drivers are required to carry automobile insurance, and there are minimum coverage requirements.

Property damage liability coverage is necessary as well, and the minimal level is $5000. One can pay for additional coverage, and underinsured and uninsured motorist coverage is also available.

There are 18 states with no-fault auto insurance laws, and Pennsylvania is in this group, but there is a caveat. In a no-fault system, the driver’s insurance company will pay for damages that are incurred if they are injured, even if they were not at fault.

Three of these 18 states offer the option to use no-fault insurance, but it is not a requirement. Pennsylvania is one of these three states, so drivers can choose to opt out of the no-fault system.

A driver can choose full-tort or limited-tort coverage when they obtain motor vehicle insurance coverage. The term tort describes an act that injures or infringes on the rights of someone else, and there is an implication of legal consequences.

The holder of a policy with limited-tort coverage cannot sue an at-fault driver for pain and suffering, but they can recover medical expenses and other out-of-pocket costs that have been incurred.

A policyholder retains unlimited rights to compensation for damages when they have full-tort insurance, and it would extend to family members who are covered on the policy.

When a personal injury lawsuit is filed, the plaintiff must prove that the defendant was at fault. In some cases, the defendant will have no real defense because they know they are liable, and the police report and the physical evidence are largely irrefutable.

There are other situations that are less obvious, but there can still be liability. This is one of the reasons why a driver who has been involved in an accident should consult with a car accident lawyer.

Distracted driving, even if it is momentary, is an act of negligence if it causes an accident. If a person drives when they are taking a certain type of medication, they may be acting in a negligent manner.

Vehicle defects can also be the cause of accidents, so drivers should consider this possibility before they assume they are at fault. In addition to the engine and its parts, tires can be defective, automated systems can malfunction, and airbag deployment can fail.

Liability can extend beyond the driver who caused the accident. For example, when someone is driving on the job, their company could potentially be sued if their negligence causes an injury accident.

Section 493(1) of the Pennsylvania Liquor Code spells out the dram shop law in the state, and this applies to damages caused by an intoxicated person. If someone is injured in an accident and the at-fault party was drinking in a licensed establishment, the licensee may be held liable.

The law states that the plaintiff must prove that the defendant was served alcohol in the establishment when they were visibly intoxicated. In many cases, there will be witnesses who could attest to that fact, and there can be photographic evidence.

In addition to photos or videos that may be taken by concerned patrons, there may be security camera footage that could be accessed. Guilty parties should be held accountable to their victims, and legal actions can prevent future lapses in judgment.

Insurance companies will often reach out to the victims when their policyholders are responsible for injury accidents. These individuals may seem to be sincere on the surface, but they put the best interests of their companies first.

An injured party should never make any agreements with an insurance company before they consult with a lawyer who will act as their advocate.